I had been backing up a MySQL database with a simple shell script for a while now. What I somehow forgot to add to the script was a command to compress the SQL dumps before uploading them to my backup server. The script had been running for a few months, so manually compressing each file wasn’t much of an option. So I wrote this little shell script do the work for me.

The script places all of the sql files individually into a tar archive with GZip compression. The new file uses the old file’s name with “.tar.gz” appended at the end. The old file is deleted after the compressed archive has been created.

You can of course do this for other files, just change the *.sql mask to work with different files. If for some reason you just want TAR files without the GZip compression, replace the tar line in the script with “tar cvf "${file}".tar "${file}"“.

If you are running an Ubuntu (or other linux) commandline interface, you might have to check how much diskspace is available on the system. You can easily have the system output a list of the disk space usage on all mounted filesystems with the command df -h.

The output depends completely on how your system is set up, but it will look something like: The PiFace Digital is an I/O expansion board for the Raspberry Pi. It has to be installed by plugging it on to the GPIO of the Raspberry Pi. The PiFace website has its own guide which tells you how to set up the PiFace. I’d also like to provide you with my own guide to do this on Raspbian or Minibian.

Before proceeding, you should make sure you have executed step 2 and 3 of my first steps guide for Minibian. If you are logged in as an account other than the root account, you should add “sudo” in front of all of the commands described in the guide. If you are running Raspbian with a desktop environment, you have to open a command-line terminal window first.

Congratulations! You are now running Minibian on your Raspberry Pi! But what do you do now? Regardless of your goal for the Raspberry Pi, there are a few things you should do before proceeding after you first install Minibian. (Or any other operating system for that matter).

Minibian comes with a root account named “root“, with the password “raspberry“. Like you would on any system, it is fairly imperative that you, at the very least select your own password. It is possible to set up your own user account which can be elevated to root privileges only when needed, and at the same time just getting rid of the password for the root account all together. But to keep things simple, let us just start by setting a custom password for the existing root account. To change the password, log into the system and simple type “passwd” into the command-line interface. You will be asked to enter your new password and a second time afterwards to confirm it. The reason why this step is so important, is that the root account has the ability to access and modify the entire system. If someone else gains access to your device’s root account, they might damage the software or even the hardware. 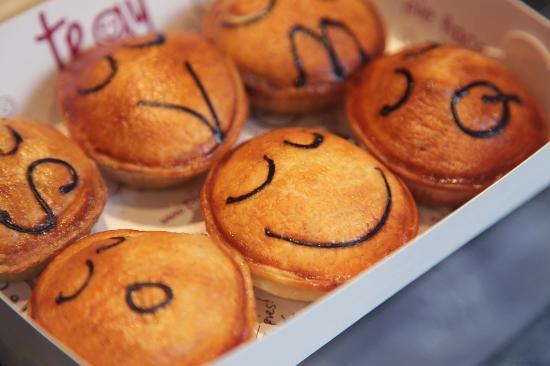 My PiFace is here! I ordered this two days ago from the Dutch retailer Minifo. I won’t lie, ordering it was a fairly trying experience. Their website responded rather sluggishly and when I first tried to order, it failed to open the payment gateway, leaving me with an open unprocessed order on my account, which I can’t do anything about. They also only offer free shipping starting at a €100 order. But I can’t argue with the delivery. It was delivered within 2 days as promised. I’m looking forward to playing around with this, I’ve had a Raspberry Pi since it was released, as I had pre-ordered it, but it has just been gathering dust in one of my “computer related stuff drawers”. I might post some things about the Pi and the PiFace on this blog as I go along. As usual, probably notes and tips I find useful myself.